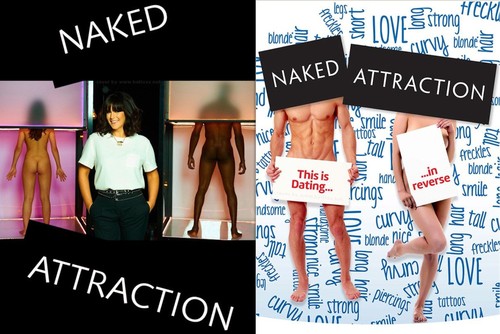 Dating game show in which a clothed person selects two contestants from six naked people, whose bodies and then faces are revealed in stages from the feet up. The person deciding then appears nude to select one of them for a fully clothed date. The programme then presents their feedback after the date.
The show received a flood of complaints from viewers to broadcasting watchdog Ofcom due to the full frontal nudity that this show contains. However, Ofcom chose not to investigate as there was nothing that breached their rules and that the show was purely a dating show and does not contain sexual activity and was also shown after the watershed.