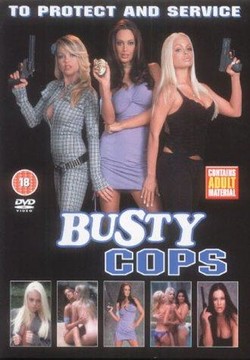 The Busty Cops are back, and must prevent Finkel and Billy Viscious from winning an election by any means necessary.

Was assembled from the footage of the shelved "Busty Cops parts 1 & 2", shot in 2005 by writer-director Michael Whiteacre, which was a time travel parody including elements of the "Back To The Future" movies, as well as "Boogie Nights" and "Wonderland". In 2008, the footage was reassembled, eliminating the time travel plot in its entirety and replacing it with a Dragnet-style narration, but maintaining Whiteacre's original cuts of each sex scene.

Email ThisBlogThis!Share to TwitterShare to FacebookShare to Pinterest
Labels: USA